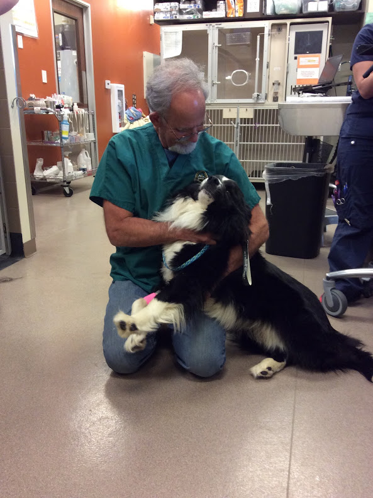 Retirement may seem like a long way off for most of us, but Dr. Clarence Sitzman, who has provided dentistry services at Four Seasons for the past five years, is about to find out what it’s all about. It’s going to be pretty tame around Four Seasons without him here, without the “dad jokes,” the Areosmith playlist, the dancing and singing, the amazing photo galleries, and the hugs. Yes, Dr. Sitzman will be sorely missed when he leaves at the end of April.

For those of you who don’t know Dr. Sitzman well, he started out on a dairy farm in Greeley, graduated from CSU vet school in 1975, and through the Pathways Program became a dentistry specialist  in 2007. He’s been married to his better half Phylis for 39 happy years. His many hobbies include wood turning, music (accordion, violin, composing and singing), theater, and watching movies. He loves traveling and spending time with his family, especially his grandchildren. His first grandchild, Willie B, was actually born the day Four Seasons officially opened, March 17, 2014. Dr. Sitzman has been a big part of the Peter Emily Foundation, and will continue to work with them, treating lions, tigers, bears and other wildlife, in sanctuaries and zoos around the globe. It is pretty unlikely he’ll be sitting around the house much once he hangs up his stethoscope at Four Seasons. There will be no interruption in our dentistry services at Four Seasons, however. MJ Redman, DVM DAVDC, an associate with Animal Dental Care & Oral Surgery, is taking Dr. Sitzman’s place. Dr. Redman completed her residency program with Dr. Pat Frost in Portland, Oregon, and became board certified in 2015.  She will provide the same excellent dental services as Dr. Sitzman, taking appointments Mondays through Fridays. Both Drs. Sitzman and Redman are seeing patients at Four Seasons in April. Vetster is a third-party resource for non-critical emergency visits.
Four Seasons Veterinary Specialists is not liable for medical guidance provided by Vetster.

We are very proud to be a finalist
for AAHA's Practice of the Year award!